Enter For Your Chance To Win Over $20,000 in Prizes Including a 50th Anniversary Special Edition Lowe Legacy!

Celebrating a golden anniversary that has touched the lives of fabricators and welders, mothers and fathers, fishermen and those with a yearning for the water, Lowe Boats kicks off our heritage celebration extravaganza with incredible prizes each week for 8 weeks. Starting July 13th thru August 31st, 2020, you have the chance to win a weekly prize from some of the best known brands, including a brand new special edition 2021 Lowe Legacy bass boat! That’s right! There are no fancy rules or special requirements. Just visit the Lowe web site and sign up each week to qualify for upcoming prizes. Sign up is easy and the prizes are big! Join us in our year long celebration and tribute to all those who have made Lowe what it is today. Together we’ll make this a celebration to remember. Sign up today! 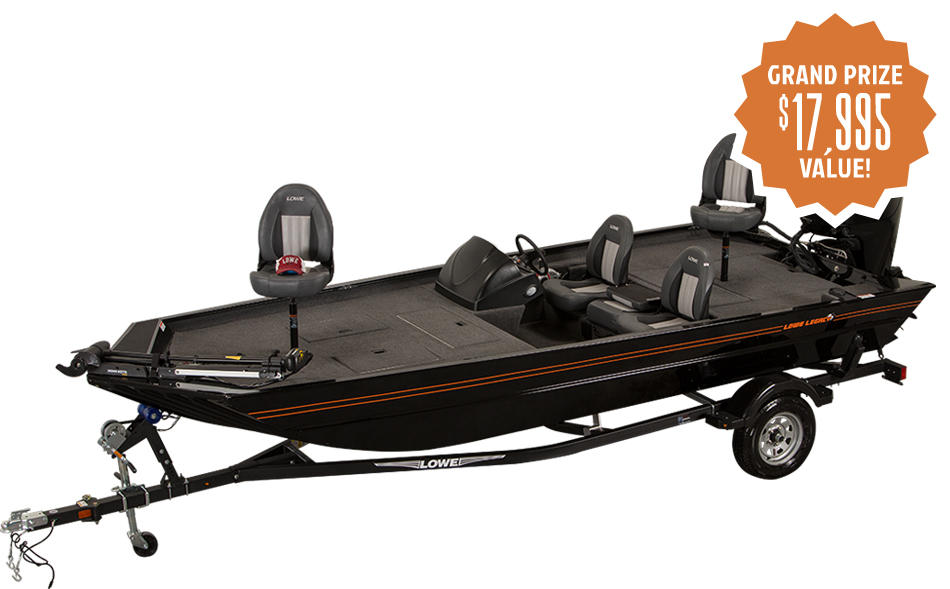 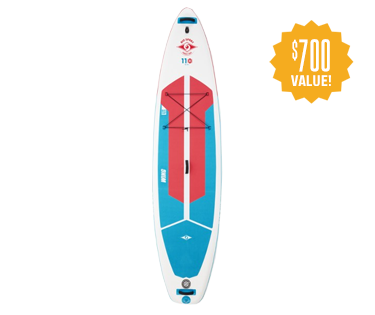 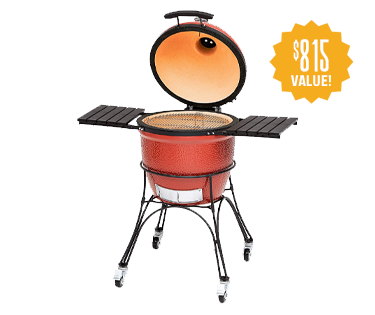 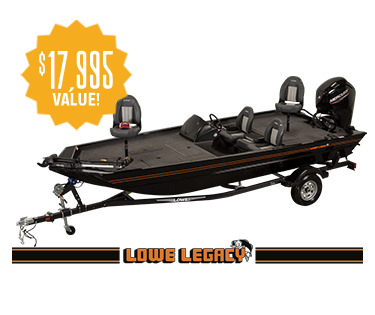 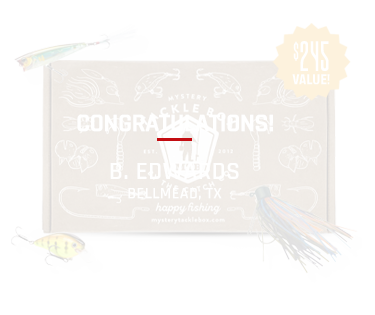 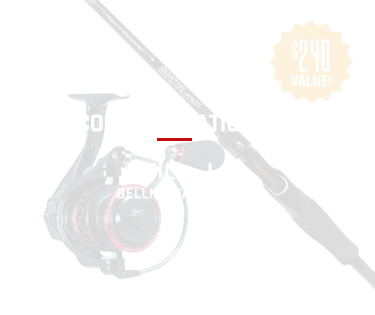 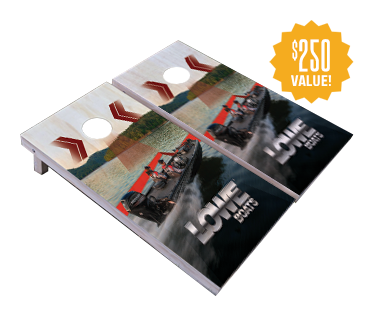 *Images of prizes are representations and are subject to change without notice. Prizes will be delivered to the winner within 2 weeks of being announced

NO PURCHASE OR PAYMENT OF ANY KIND IS NECESSARY TO ENTER OR WIN THIS GIVEAWAY. MAKING A PURCHASE WILL NOT INCREASE YOUR ODDS OF WINNING.

ELIGIBILITY: Giveaway is void in New York and Florida and where otherwise restricted or prohibited by law. To enter the "Lowe Golden Anniversary" Giveaway, (the "Giveaway"), you: (i) must be a citizen of the United States or a lawful permanent resident of the United States, (ii) must be 18 years of age or older at the time of entering the Giveaway, and (iii) must not be considered a minor in your state of residence. Employees of Lowe Boats (the "Sponsor") and its affiliated companies, parents, subsidiaries, service partners, and advertising and promotion agencies (collectively, "Giveaway Entities"), and their IRS dependents, immediate families (i.e. parents, children, siblings, spouse) and members of their households (whether related or not) are ineligible to participate in this Giveaway.

HOW TO ENTER: NO PURCHASE IS NECESSARY. Between July 01, 2020 and August 31, 2020 (the "Giveaway Period"), visit LoweBoats.com and complete the online entry form. All individuals who complete these steps will be entered into the Giveaway. Full name and a valid email address must be entered to be used in contacting winner. Only one entry is allowed per person, per week. Multiple entries will be disqualified. Prize registration lasts from Monday of the week listed until Sunday (7 days). A winner will be drawn the following Monday, and the winner will be notified.

GIVEAWAY & NOTIFICATION: Sponsor will randomly select one (1) winner at the end of each week during the Giveaway Period from all entries received as of the Giveaway for that week. Sponsor will announce each winner on the Lowe Facebook page after the conclusion of each week’s Giveaway after Sponsor has first verified the winner's eligibility and winner has returned the Affidavit/Release (as described below).

The odds of winning depend on the number of eligible entries received at the time a prize winner is selected.

Each winner will be contacted by Sponsor using the email address provided with that winner's entry form submission. Canadian residents will also be required to complete a mathematical test or other skill test such as a trivia question about Sponsor's boats to be eligible to enter. If a potential winner does not respond to the notification email within five (5) business days from the first notification attempt, then such entrant will be disqualified and an alternate winner will be selected. In the event of a dispute as to the identity of a winner based on an email address, the winner will be deemed the authorized account holder of the email account submitted at time of entry. The term "Authorized Account Holder" is defined as the natural person who is listed as the account holder of the email address by an Internet access provider, on-line service provider or other organization (e.g., business, educational, institution, etc.) that is responsible for assigning email addresses for the domain associated with the submitted email address.

Eight (8) prizes will be awarded to eight (8) selected winners of the Giveaway.

Lowe will purchase the prize on winner’s behalf and have it shipped directly to the winner’s home address, to be provided upon verification of winner eligibility, within 31 business days. Winning entries and prizes are not transferable; no prize substitutions are allowed except by the Sponsor who reserves the right to substitute prizes with prizes of equal or greater value. The prize cannot be redeemed for cash. The Sponsor, its affiliates and agencies are responsible for prize delivery only.

All federal, state or other tax liabilities (including income taxes) arising from this Giveaway will be the sole responsibility of the winner. Except where prohibited by law, the winner's entry and acceptance of the prize constitutes permission for the Sponsor to use said winner's name, likeness, biographical information (including but not limited to Facebook information), Facebook images and photographs on a worldwide basis, and in all forms of media, in perpetuity, without further compensation.

By entering, you give Sponsor and its affiliates, including Sponsor's parent and subsidiary companies, permission to send you product information and other promotions and advertisements via email, mail and telephone.

MISCELLANEOUS: This Giveaway is subject to all applicable federal, state and local laws. By participating, entrants and their participating entities agree to be bound by these Official Rules and the decisions of the Sponsor and waive any right to claim ambiguity in the Giveaway or these Official Rules. The Giveaway Entities shall not have any liability for (a) any technical failures of any kind, including but not limited to malfunctions, interruptions or disconnections in phone lines or network hardware or software; (b) technical or human error which may occur in the administration of the competition; (c) any malfunction of or damage to the prizes; or (d) any restrictions or delays imposed by any customs authorities or any import or other taxes of any kind imposed by any taxation authority in respect of the prizes. Giveaway Entities are not responsible for lost, late, misdirected, undeliverable, illegible, or incomplete entries, whether due to system errors or failures, faulty transmissions or other telecommunications malfunctions, entries not received resulting from any hardware or software failures of any kind, lost or unavailable network connections, failed, incomplete or garbled computer or telephone transmissions, typographical or system errors and failures, faulty transmissions, technical malfunctions, human error or traffic congestion on the Internet or at any website, or any combination thereof, including any injury or damage to participant's or any other person's computer relating to or resulting from participation in this Giveaway or downloading any materials in this Giveaway. Sponsor may prohibit an entrant from participating in the Giveaway or winning a prize if, in its sole discretion, it determines that said entrant is attempting to undermine the legitimate operation of the Giveaway by cheating, hacking, deception, or other unfair playing practices (including the use of automated quick entry programs) or intending to annoy, abuse, threaten or harass any other entrants, Sponsor, or Giveaway Entities. If for any reason this Giveaway is not able to be conducted as planned, including, but not limited to, by reason of infection by computer virus, bugs, tampering, unauthorized intervention, fraud or any other causes beyond the reasonable control of Sponsor which corrupt or affect the administration, security, fairness, integrity or proper conduct of the promotion, then Sponsor reserves the right at its sole discretion to cancel, terminate, modify or suspend the Giveaway and randomly draw from those entries received up to the cancellation/suspension date.

CAUTION: CAUTION: ANY ATTEMPT BY AN ENTRANT TO DELIBERATELY DAMAGE OR UNDERMINE THE LEGITIMATE OPERATION OF THE GIVEAWAY MAY BE IN VIOLATION OF CRIMINAL AND CIVIL LAWS AND SHOULD SUCH AN ATTEMPT BE MADE, SPONSOR RESERVE THE RIGHT TO SEEK REMEDIES AND DAMAGES (INCLUDING ATTORNEY'S FEES) FROM ANY SUCH ENTRANT TO THE FULLEST EXTENT OF THE LAW, AND INCLUDING CRIMINAL PROSECUTION.

WINNERS LIST: To receive a list of the Winners, mail a self-addressed stamped envelope by September 30, 2020 to: